Chefs, entrepreneurs, front of house staff and sommeliers who were born in Catalonia have decided to pursue their careers abroad for reasons of family, work or simply love of adventure. Other chefs who hold foreign passports but have fallen in love with Catalan recipes and its social and cultural life have decided to specialise here. And of course, many renowned and Michelin-star chefs have chosen to leave their mark in far-flung destinations. In equal measure they are all a cultural bridge; hosts who keep Catalan heritage alive wherever they are. Their restaurants are embassies.

Xatonada, esqueixada and natural wines in the heart of Miami? You bet, thanks to Deme Lomas and Karina Iglesias, two promoters of culture through catering who are keeping Barcelona's most popular flame alive: the barrio and the bar whose doors are always open. On wheels, Tumaca is a food truck that has been praised by the press in Los Angeles, the sprawling city that Victor and Sybil Roquin - who met as Erasmus students - drive around, gifting happiness in the form of butifarra sausages, croquettes with allioli and meatballs. One of elBulli's prodigious disciples, Aitor Zabala, who this year became creative director of the José Andrés ThinkFoodGroup, works in the same town as a chef at a restaurant with a very suggestive name: Somni ('dream' in Catalan), which had gained two Michelin stars within a year of opening. Diego López Amat is another veteran Bullinean and having founded Catalonia's first gastrobar, La Estrella de Plata, now cooks traditional recipes at Mercat a la Planxa in Chicago. In New York, a little eatery called El Born, selected as a Michelin Dish in the red guide and run by Elena Manich, surprises diners with brunches of arròs negre followed by a cigaló coffee. They represent Catalan cuisine on one side of the Americas, but on the other we find many more, like Òscar Bosch, proclaimed best chef in 2018 by São Paulo's top specialist publications and ambassador of Barcelona's culture and gastronomy to Latin America in 2018, who keeps his creative cuisine restaurant Tanit at the top, winning Bib Gourmand 2019.

In Sydney, sommelier Antoni Serra defends Catalan terroir and cheese from La Garrotxa in the very cosy La Despensa. Singapore, home to Catalans and gourmands, boasts the newly opened La Cala, managed by chef Eduard Castellarnau, and has long been the only location for chef Pepe Moncayo at the acclaimed Bam!, though he will soon be opening Cranes in Washington. In Kuala Lumpur, David Caral cooks at the Mercat Barcelona Gastrobar, which also puts on concerts, calçotades and group paellas. At Edgar Quesada Pizarro's Sobremesa in South Korea, you can dig into lobster rice. Flying over to Berlin we find chef Eduard Canet's Empordà-style fish soup at Begur Cuina Catalana; and cod bunyols from the German-Catalan actor Daniel Brühl and Atiliano González who run Barraval. In Ireland, chef duo Anna Cabrera and Vanessa Murphy make Barceloneta bombes and crema Catalana. And in Rabat, Sa Caleta is a dynamic and lively enterprise run by Pep Garriga, who used to be a correspondent for TV3, with Paula Casanovas, the youngest chef in Spain to achieve a Michelin star for his restaurant, and Flip Planas, a former elBulli chef. All of these distinctive restaurants share a common heritage.

Some of the most award-winning Catalan chefs also enjoy cooking around the world. One of the pioneers is Carme Ruscalleda, who may have closed her original restaurant in El Maresme, but has retained not only her spirit but also her two Michelin stars at Sant Pau in Tokyo. Another chef who knows a great deal about stars is Paco Pérez, who runs restaurants with a total of eight, including Cinco in Berlin and perhaps also in the near future the recently opened Tast, a joint venture with Josep Guardiola, Ferran Soriano and Txiki Begiristain in Manchester, and the brand new Arco, in Poland. Albert Adrià created his pop-up 50 Days by Albert Adrià at the legendary Hotel Café Royal in London, returning two years later with a definitive project, Cakes & Bubbles, where he combines elBulli-style desserts with sparkling wine. On the other side of the Atlantic, in New York, he and his brother Ferran Adrià, along with former cooking colleague and now celebrity José Andrés, are behind the colossal and popular Little Spain Market, where the menu includes Catalan products and recipes. Another Bullinian, Alain Devahive, made his debut in Singapore a decade ago with the award-winning restaurant Catalunya and has returned there with the more casual Olivia. In the same place, nowadays renowned as a top foodie destination, are two veterans of classic developmental Catalan cuisine - Nandu Jubany with Foc and Carles Gaig with Gaig Singapore, where his daughter Núria also works. Ramón Freixa and Sergi Arola are equally established, having respectively exported their genius to Erre in Cartagena in Colombia and LAB in Lisbon. 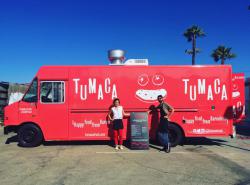 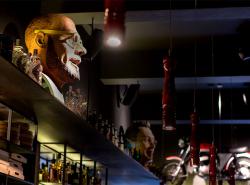