Prodeca has produced a new map of world countries which sets out protocols to export stone fruit. Catalan producers can now find out in a single document where stone fruit varieties (peaches and nectarines) can be exported according to each local situation: states with and without protocol; with no sales; under negotiation; negotiation requested, and negotiation not yet requested. In addition, the graph also shows the varieties of stone fruit split into five categories according to shelf life: under 14 days, up to 21 days, 28 days, 35 days, and up to 42 days, as well as logistics information on the transport times to ship goods to any port in the world.

Demand from the sector

“Producing this map was a challenge for Prodeca and a response to demand from the sector. For the first time, companies can find information on the status of protocols, logistics, as well as the most appropriate varieties for each market in a single document," said Rosalba Arrufat, head of the fruit and vegetable and olive oil sector division. “The map is a tool with enormous added value", Arrufat added, explaining that "this project came about a couple of years ago in a working group that included sector companies and organisations, Institute for Research and Technology in Food and Agriculture (IRTA) and the Regional Ministry of Agriculture. The aim was to assess and harness the potential to export different varieties of stone fruit to third markets post-harvest. 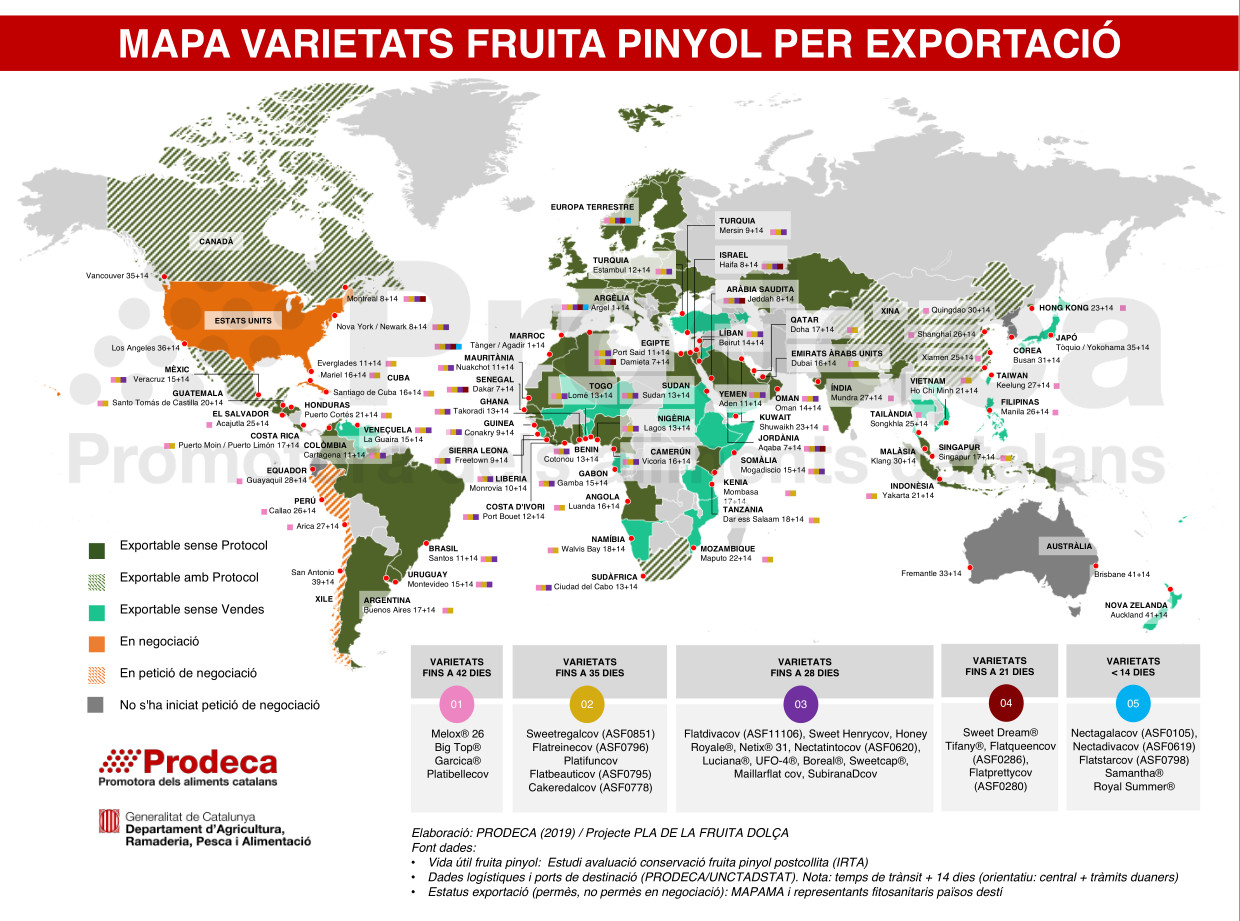 Exports of the four main fruits (apple, pear, nectarine and peach) have increased by 5.3% in the last five years, despite a drop in pear exports (-20.3%), with apple exports rising by 25.7%. Imports of the main fresh fruits produced in Catalonia fell by 0.5% in the same period (peach dropped by 69.2%, whereas nectarine increased sharply by 150%).

The fruit sector is strategic for Catalonia and has struggled in recent years, partly because of the low prices that farmers are forced to sell at. Therefore, in 2017 the Regional Ministry of Agriculture launched the Fruit Action Plan initiative (document link) in coordination with the sector and farming organisations with a view to strengthening the fruit sector in Catalonia. With a budget of €19.3 Mn, the plan entails ten measures that began in 2018 and will end in 2020, with the exception of subsidies for fruit tree start-ups, which will continue until 2021. 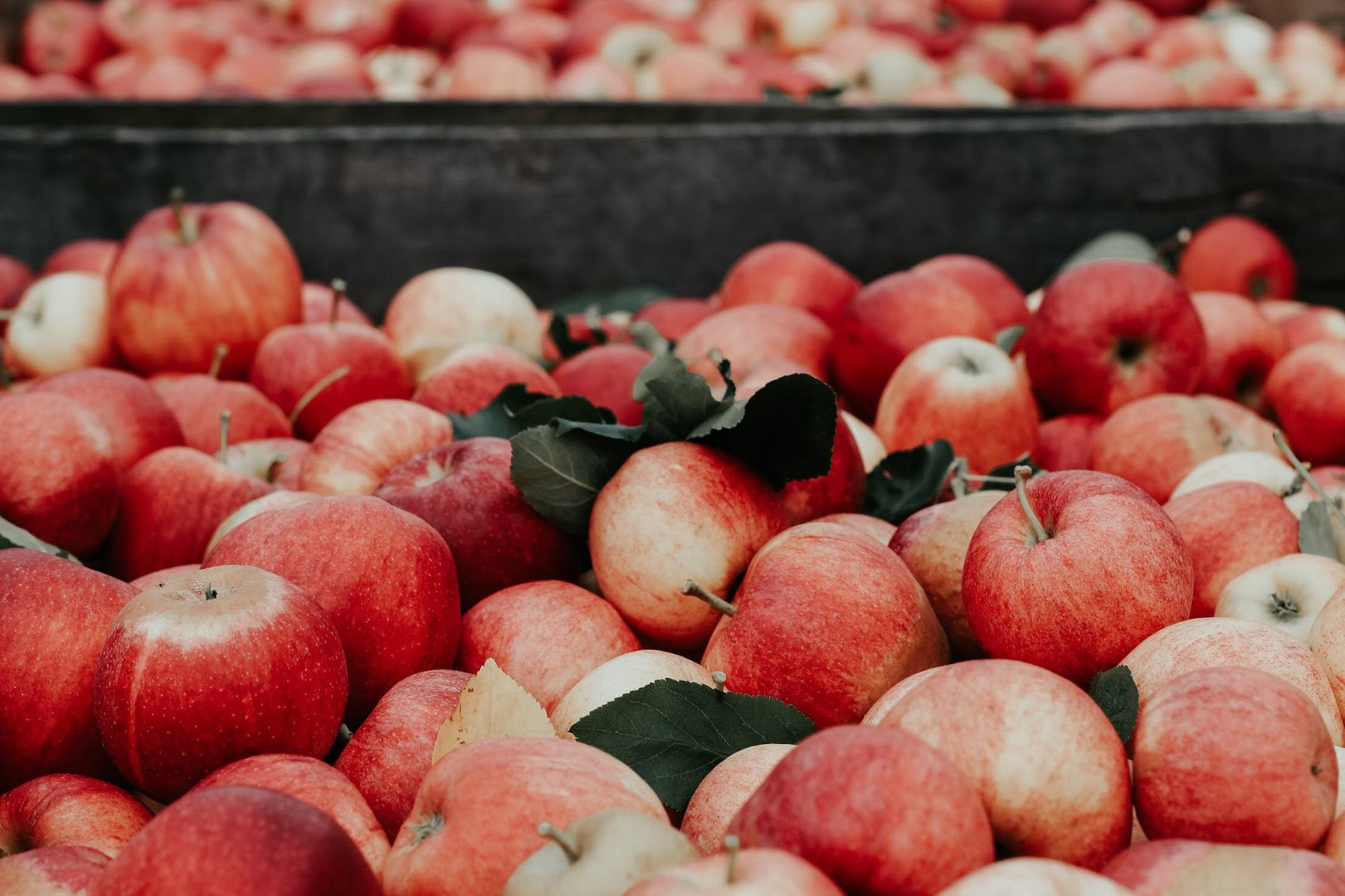 The fruits most eaten in Catalan households (in tonnes) are apples, followed by peaches and nectarines, and pears. That being said, apple consumption has fallen by 12.3%, pear by 24.1%, cherry by 35.3% and plum by 34.9%; while consumption of peaches and nectarines is up 16%. Fresh fruit consumption per capita in Catalonia is 26.32kg. The months when most fruit is eaten are July, June and September, in that order, while the least fruit is eaten in December. It is estimated that 58% of household fruit is bought in supermarkets.

Experts recommend eating five portions of fruit and vegetables every day, particularly in summer when more varieties are available and it is important to stay hydrated. We should also buy fruits that are in season (which have more flavour and cost less) and produced locally (to help the local economy and rural and local development).